“You and me baby ain’t nothin but mammals/ so let’s do it like they do on the Discovery Channel.” So go the lyrics of the popular Bloodhound Gang song “The Bad Touch.”

As a fun little game, just imagine any film or literary romance. Romeo and Juliet. Gone With the Wind. Jane Eyre. The Notebook. Titanic. Downton Abbey. Twilight. Now substitute these lyrics into the dialogue of either the male or female protagonist moments before they experience each other for the first time.

Jack stares into Rose’s eyes and, instead of pouring out his heart, observes that her powerful sex pheromones have triggered a surge in his testosterone and dopamine levels, so they may as well do it.

Suddenly the stories that have captured our imaginations and awakened our souls to the possibility of beauty become vulgar and, even worse, boring. This is the result when attraction and love between man and woman are reduced to mere animal biology.

Yet this is exactly the view Megan Laslocky presents in a recent CNN piece provocatively entitled “Face It: Monogamy is Unnatural.” Laslocky derides monogamy as a “lofty but perhaps fundamentally doomed aspiration.” It is time, she argues, “for our culture to wake up and smell the sex pheromones.” What our society really needs is not a reawakening of the monogamy ideal or a renewed commitment to marriage, but rather “a greater tolerance toward the human impulse to experience sexual variety.”

Instead of putting that poison to his lips, Romeo should have asked Juliet if she had a sister.

The argument Laslocky makes and the evidence she attempts to muster in its defense is so obviously faulty that it is hard to even know where to begin. But it is important to demonstrate the shaky science and dubious morality of her thesis lest society continue to embrace this dangerous world view.

“Biologically, we humans are animals,” she begins. “So it makes sense to look to the animal kingdom for clues as to what we are built for.”

Whoa. Hold it right there. Are we really to believe that the only thing separating us from the rest of the animal kingdom is our above average intelligence? Put aside for a moment the biblical teaching that we are made in God’s image and given dominion over animals. Common sense is enough to show that humans are fundamentally different. G.K. Chesteron makes this case in The Everlasting Man:

“The simplest truth about man is that he is a very strange being; almost in the sense of being a stranger on the earth. In all sobriety, he has much more of the external appearance of one bringing alien habits from another land than of a mere growth of this one.

He cannot sleep in his own skin; he cannot trust his own instincts. He is at once a creator moving miraculous hands and fingers and a kind of cripple. He is wrapped in artificial bandages called clothes; he is propped on artificial crutches called furniture. His mind has the same doubtful liberties and the same wild limitations. Alone among the animals, he is shaken with the beautiful madness called laughter; as if he had caught sight of some secret in the very shape of the universe hidden from the universe itself. Alone among the animals he feels the need of averting his thought from the root realities of his own bodily being; of hiding them as in the presence of some higher possibility which creates the mystery of shame.”

Yet Laslocky smugly references the mating habits of penguins and prairie voles as evidence that humans should just give up on this whole monogamy thing. Apparently, only 3 to 5% of mammals are monogamous. But what percent of mammals urinate and defecate indoors? What percent of mammals wear clothes, paint landscapes, or build furniture? I can only assume Laslocky is not inclined to meander about the streets of New York in the nude, relieving herself in full view of the public. Yet if we are to employ her logic, this behavior would be more “natural” than having one mate. 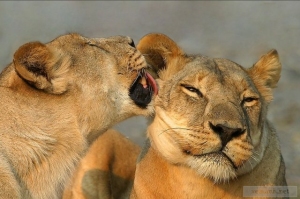 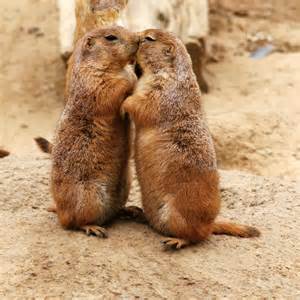 Even if humans were just highly intelligent mammals, would it really make sense to let birds and prairie voles serve as our moral guides? Should we tolerate rape because male bears don’t wait for the consent of female bears? Homicide because black widows kill their men after mating?

What makes us human isn’t that we lack the same chemicals and receptors of the animal world. It’s that we try to control and temper these urges, using our reason and God-given free will. It’s not that choosing to do right is easy. It’s that we have a choice to begin with. Laslocky’s error falls into the broader categories of materialism and determinism that have wrought such havoc upon the world over the last few centuries. We humans are not just the sum of our biological parts. We are not just bodies. We have a spiritual nature; we have souls. For all our love of animals, it is still an insult to call a person one.

Like so many others before her, Laslocky succeeds brilliantly in demonstrating that we humans are fallen beings. We generally fail to live up to our ideals. She draws attention to the likes of Kristen Steward, Jude Law, and Bill Clinton as evidence. Monogamy has always been hard for most people, she claims, male and female. In recent years, it has been made that much harder by our longer life spans and decision to marry for love rather than security. So since fidelity is so hard, let’s just abandon the pretense altogether. At least that way we could dispense with all the hypocrisy.

Again, the logic is so bad, it’s hard to know where to begin.

Imagine a defendant sitting on the witness stand. He admits to raping a woman or killing an enemy over an insult, but pleads to the judge that it is just so hard not to do these things. Just look at the animal world where chickens peck each other to death. Look at the history of humanity and all the murders that have taken place from Abel to Julius Caesar to Abraham Lincoln. He can’t really be expected to control his actions when testosterone is such a powerful hormone.

Are we really ready to accept this defense? Or is it reasonable for society to expect individuals to exercise self-control and restraint?

The fact that we fail to live up to our ideals is not cause to abandon them altogether. The world is bad enough with most people attempting to limit their biological inclinations to acting only on those that conform to the moral restrictions of their society. How much worse would things be if those restrictions were abandoned and people were encouraged to just do whatever felt right at the time?

Unfortunately, we don’t have to do much imagining. That world is already upon us, as the federal government sees fit to use an “educational” website to instruct girls aged 10 to 16 on birth control, gay sex, and “mutual masterbation.” After all, teenagers have hormones, and we can’t expect them to use reason and morality to control their bodies. Best to just hand out free condoms and hope for the best. The result of this relativist and materialist thinking are the premature loss of childhood innocence, emotional damage and heartbreak, STDs, and unintended pregnancies. In the adult world, adultery leaves behind broken families and a less productive and moral society in its wake.

Laslocky claims to be monogamous herself, but bases her more “tolerant” views on a “healthy respect for science.” What they reflect is a lack of respect for history, traditional morality, and common sense.

One thought on “More than Just Mammals”