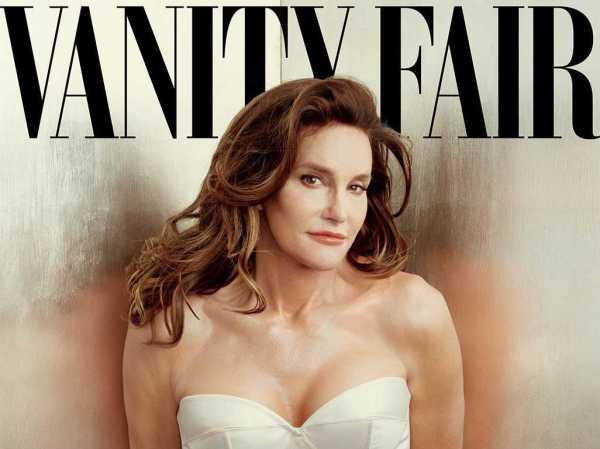 Part of me hates to bandwagon onto this topic, as so much has already been said. It is a bit strange that as our economy sputters, the Middle East burns, and our communities descend into violence, we choose to obsess over the personal decisions of someone who a few years ago would have been considered a D-list celebrity. However I’m going to do it; not because I feel compelled to support or attack Jenner, but because the transgendered movement—and our society’s response to that movement—is illustrative of a broader, more important trend.

There is a shift going on in our culture to deny objective reality and to substitute in its place subjective feelings. While we should respect and value the human rights of each individual, we do not have the “right” to determine our own reality, nor do we have the right to then force everyone else to go along with it. This path leads not to liberation and fulfillment, but to chaos, confusion, and profound dissatisfaction.

There are two ways to approach this question: reason and religion. They both lead to the same conclusion, which is that there are certain aspects of our nature that we cannot change and therefore should accept. Though we have different faiths, we all share a capacity for reason; thus, I will confine most of my analysis to the former.

Reason and science tell us that we are born either male or female (though a small minority of children are born intersex, with biological features of both sexes). At birth, our chromosomes and reproductive organs distinguish us as male or female; otherwise, we are quite similar. Now most parents will tell you that differences in temperament and preferences will crop up even in small children, but this leads to the argument over how much of this is biological and how much is socially constructed, so I’ll leave it alone for now.

So why as a society are we acting otherwise?

Or at some point do you have to say: you are who you are, regardless of what you feel you are. So make peace with your body. Accept yourself. Love yourself as you are. We do, and God does.

How is it compassionate to encourage someone to alter his body in a radical, irreversible way, especially when a large percentage of men who “transition” later regret it? How is it loving to encourage someone down this path, when suicide mortality actually rises post-operation to 20-fold the non-transgender rate?

Of course, the great irony of the transgender movement is its obvious conflict with feminism. Many feminists claim gender is a social construct, and women should be appreciated for more than just their beauty and bodies. The transgender movement claims gender is a biological reality, and that a man can become a woman simply by castrating himself and putting on a dress. How offensive to women. And yet even enlightened liberals like Jon Stewart can’t see the connection between this distorted view of gender and the objectification of women?

I remember wanting to be a boy when I was little. They seemed to have all the fun, and they could pee standing up. At the age of three, I showed up at a friend’s Thanksgiving party with war paint on my face and feathers in my hair, while all the other girls were wearing pilgrim dresses. My tomboy streak continues to this day. But at a certain point—and I don’t even remember when that point was—I made peace with my female body. I realized that I could paint my nails and like boys, and still play football and climb trees. Being a woman doesn’t mean wearing makeup or putting on a sexy swimsuit for the entertainment of men. It means being created with the capacity to nurture a human life. That’s what the breasts and ovaries and uterus are for, not attracting “oohs” and “ahhs,” or selling magazines.

I’ll conclude this post with two stories. The first involves a friend of my dad’s, a self-described Massachusetts liberal. This friend holds all the politically correct positions one would expect from someone of his background in that part of the country. He was recently attending the graduation of one of his children from a well-known liberal arts college when he noticed the restrooms were labeled “Those Who Self-Identify as Men” and “Those Who Self-Identify as Women.” Astonished at the ridiculousness of the situation, he made the mistake of telling his children. They, of course, promptly chastised him for his backwardness. The whole experience left him puzzled and wondering why he had just paid several thousands of dollars for their so-called educations.

The next story involves my own son, though I hesitate to bring him into this for fear of making him part of the controversy. I must have been scrolling around on Facebook when a picture of Bruce Jenner popped up. My son exclaimed: “Oh, I know about him.” My first reaction was to panic and wonder just what my seven-year-old had been exposed to. But intuitively, I trusted him.

He replied, “I know he was an athlete and then he got married and had children, but then he had a big problem.”

“What problem?” I asked.

Then my son looked at me as though I had just asked the most obvious question in the world. “Pray to God,” he said. I could almost hear the unspoken “Duh!”

When I remarked upon his wisdom, my son added, “There’s no pills or surgery that can fix that. You need God.”

We often forget the innocent wisdom of children, though it is our job to protect and nurture that very innocence. It makes you wonder how the most educated members of our society can be so confused about such simple truths. The emperor truly is wearing no clothes, and—just like in the fairy tale story—it takes a child to point this out.

The ones claiming Jenner is a woman simply because he feels like a woman (whatever that means) are the same people who claim conservatives are in denial about science, and we should all line up behind their expertise on a range of political and social issues.

Bruce/Caitlyn Jenner is not a woman, because being a woman is not a lifestyle choice. It is not something you can buy. It is not about having a pointy chin or big boobs or long hair. You can be a woman and have none of these things. Like being a man, being a woman is a biological reality. We are created as a unified mind, body, and soul; the three are not divisible. This doesn’t mean we can’t show compassion to people who struggle with gender identity. The most loving and compassionate thing we can do is to encourage them to accept their bodies as God (or nature, if you prefer) created them.